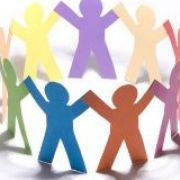 The Oakville Camera Club encourages all members to attend our Annual General Meeting.

Highlights will include an open discussion period, consideration of a Code of Conduct

Bylaw and election of your Board of Directors.

Please note, the Minutes of the 2012 AGM and a copy of the Code of Conduct Bylaw follow

this notice. Following is the tentative agenda:

2. Report from the Board

6. Election of Board of Directors

A social evening with complementary pizza and beverages will follow the AGM.

Following is a list of nominees to your 2013-14 Board of Directors.

(except Past-President). You require a nominator and seconder, both of whom must also be

President Jason Hashimoto welcomed all members and guests to the meeting.

The following announcements were made:

Challenge entries were due Sept. 17 in the categories of Best Shot, Portrait and Vacation. There

Jason explained that only persons with valid memberships were allowed to vote. He then

highlighted OCC achievements over the past year. These included:

• The move to our new meeting facility at QEP;

• Participation in the photography trade show organized by Henry’s;

Jason thanked the volunteers who helped make all the events and outings successful.

Moved by Bernie Cook, seconded by Bill Ellis that the Minutes of the 2011 AGM be approved

suggestion some of our funds could be invested in upgrading OCC’s website. Other ideas

Moved by Wojtek Zlobicki, seconded by Gary van Eijk that the 2011-12 Financial

Statement and 2012-13 Budget be approved as presented.

Jared asked if there are any other nominations from the floor for the Board. None were

Moved by Jared Fein, seconded by Jim Shaver that the slate of candidates be adopted.

Jason thanked Jared, and chaired the remainder of meeting.

• Have a question period at meetings (Ask and Expert)

Moved by Les Kapuscinski, seconded by Richard Braeken that the meeting adjourn.

All OCC Directors, Officers and Members are expected to abide by the OCC Code of Conduct

as described in Appendix A of the OCC Constitution. Further, all members of the Board

(Directors and Officers) agree to sign a copy of the Code as a condition of serving on the Board.

Copies of the signed documents are to be kept by the OCC Secretary.

the highest ethical standards and relevant Club Constitution and bylaws, and on the integrity of

each of its Directors, Officers, and Members.

of the Club or any Director, Officer, Member, supplier or other business partner of OCC.

It is not possible to provide a set of rules that would respond to every situation that may arise.

However, the following guidelines define the philosophy and expected conduct relevant to most

through the use of OCC property, information or position, unless the opportunity is fully

disclosed in writing to the OCC Board of Directors.

Members, Directors and Officers will direct all proposals for meetings, events, workshops,

Board for approval before acting on them.

Members are expected to comply with OCC policies, Club Constitution and by-laws, and

cooperate in the achievement of the Club’s goals and objectives.

Where Members are representing the Club, they will be courteous and convey a friendly,

approachable image. Whether it is a telephone call or personal meeting, the Member is, at that

time, representing the OCC organization to the person with whom they are interacting. This

negatively on themselves, or on the credentials of our Club.

It is the responsibility of every Member to bring to the attention of the Club, knowledge of any

situation that might adversely affect the Club’s reputation. All Members have a duty to report,

verbally, or in writing any evidence of improper practice of which they are aware.

Members whose conduct compromises, or is perceived to compromise the integrity of Club,

may face disciplinary measures and the possibility of their membership being revoked.

This code of conduct shall, in no way, relieve any Director, Officer, or Member from complying

with all laws, statues, regulations, by-laws, rules or specific direction and policies of the OCC.

View all attendees
Link copied to your clipboard
Filter Timeline:
Pinned Items
Recent Activities
There are no activities here yet
You need to login to read the rest of the stream items.
Login or Register Now
Unable to load tooltip content.